The benefits of hemp 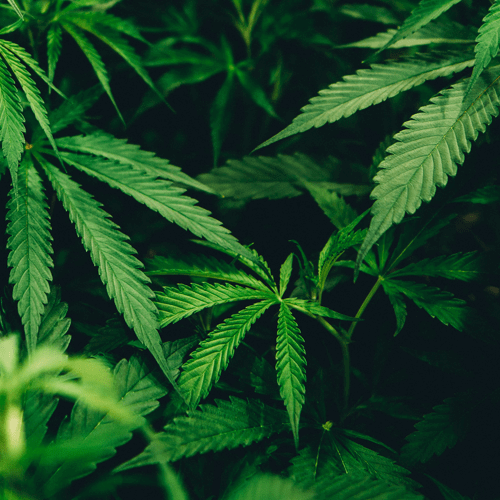 You probably think: ‘Wait, wait… You make underwear from weed.…Really?’…Well…not really…You see, yes, hemp is a cannabis species, just like marijuana. However, hemp and marijuana have very different properties. Unlike marijuana, hemp contains close to 0% THC, the psychoactive component that can make people “high”.

Eventhough hemp has many good qualities, it is still not often used due to the negative association people have the cannabis. In this blog we will explain to you why this is a shame, because hemp actually is an extremely versatile and sustainable crop. Hemp has the best fabric to make clothing from, especially underwear.

Hemp is the perfect fabric for making underwear.

Did you know that hemp has the strongest natural fiber in the world? Fabric made from hemp is four time stronger than cotton. This makes it extremely durable and resistant to degradation. Your Hamppy will last much longer than your other underwear, and that is much needed! The fashion industry is extremely inefficient with a lot of unnecessary, polluting waste.

Textile made from hemp has natural anti-bacterial properties. Obviously, this doesn’t mean you never have to wash your Hamppy ever again. Nevertheless, it does mean that bacteria grow much slower on hemp fiber than on cotton or bamboo fiber, for example. This means that you don’t have to worry about any unpleasant odors that get into your clothes. On top of that hemp is also hypo-allergenic, which is good for the sensitive skin!

‘Okay, so hemp is extremely strong and hygenic.. How about comfort?’. Good question! Ofcourse you don’t want itching underwear. The good thing about hemp is that it gets softer after every wash. On top of that, hemp fabric breathes very well, it absorbs moisture and dries quickly. So it doesn’t matter if you wear your Hamppy at work or in the gym, your Hamppy will always be comfortable! 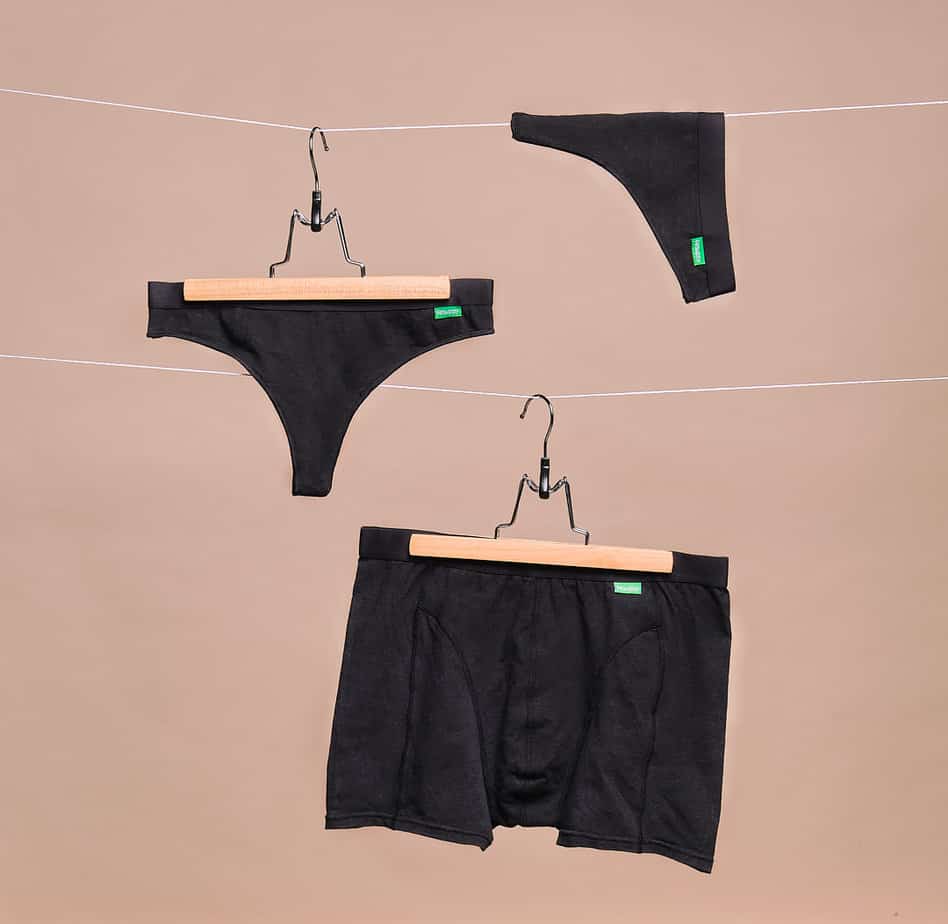 Hemp is also really good for soil because it absorbs very few nutrients. During the growing process, the leaves of the plant fall to the ground and nourish the soil for the next generation of the crop. This ensures that the soil does not get exhausted. Hemp plants are even used to aid in purifying soil as it can remove toxins, chemicals and pollutants from the soil.

With its long and strong roots the plant reaches deep into the ground. This helps to keep the soil together and thus fights erosion. But where hemp really stands out from other crops is that hemp requires less land. Hemp produces 2x to 3x more fibers per hectare of land compared to cotton! Because less land is needed for the same amount of fibers there is less deforestation.

The production of hemp is carbon negative. This means that hemp absorbs more carbon during its growth than what is emitted by the equipment used to harvest, process and transport it. Scientists estimate that for every ton of hemp grown, 1.63 tons of CO2 is removed from the atmosphere every 4 months. That’s huge: hemp captures a whopping 4x more CO2 than trees!

Currently, the fashion industry uses vast amounts of water to produce your clothing. Did you know for example that the Aral Sea in Russia – the 4th largest lake in the world – is reduced to one-fourth of its original size because the cotton industry uses enormous amounts of water from the rivers feeding it? Just imagine how devastating the effect is on nature, wildlife, the local economy and people living there! According to research, hemp uses roughly 20x less water compared to cotton.

The use of chemicals like pesticides is an enormous problem in textile production for the fashion industry. It is estimated that cotton uses the highest percentage of chemicals for crop growth. Hemp has several natural properties that help it to fight pests naturally so that no pesticides are needed! Moreover, hemp grows extremely dense and fast. It can be harvested after just 60 days (compared to 160 days with cotton). Its density and speed of growth means that hemp does not need any natural deterrent. Insects and other plants just don’t stand a chance… But that’s not all – yes, it gets even better!

Hemp has a small ecological footprint

A hemp plant is not only being cultivated because of the fabric that you can make from it. Besides fabric, the fiber of the stalks’ outer layer can be made into rope. The fiber’s core can be used for paper, construction materials and animal bedding. The seeds are high in protein and other nutrients and can be used in a variety of supplements and other products (think of body care products like soaps, shampoo, lotions and cosmetics). The oil can be used for paints, adhesives and plastics, and the leaves can be eaten or made in juice.

So there you go, hemp is by far, if not THE most versatile and durable natural fiber to create your Hamppys from. 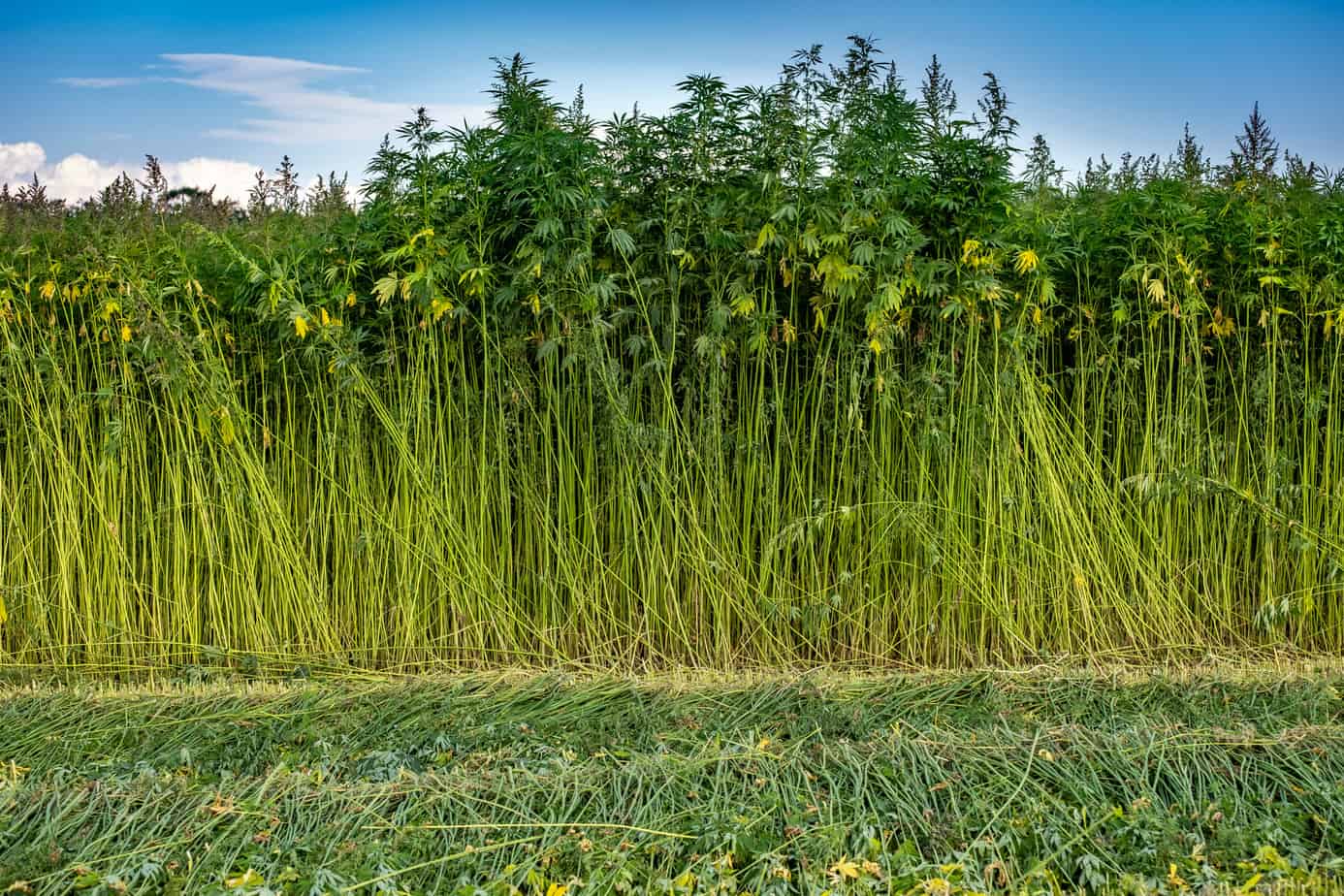 Waist – Measure around the natural waist. 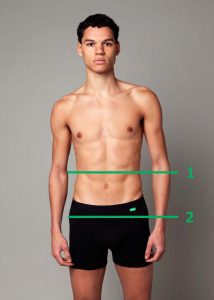 Item added to your cart

Continue Shopping Go To The Cart!
Buy for €49,95 more and get free shipping